Despite Google’s Enhanced campaign settings it’s still not possible for advertisers and PPC managers to bid differently for desktop and for tablet clicks. Fair? Probably not. Expensive? Almost certainly.

Unable to differentiate bids between desktop and tablet there’s a strong possibility that you are washing huge amounts of cash down the paid search drain. Cash you could be using to drive new business.

Just take a look at the example below – the CPC rip off that one our clients was suffering before we took over their account.

£136 for only one tablet lead!?!? It would be funny if it weren’t so serious – if the leads weren’t so ridiculously expensive. £136 each compared to a cost per click of £22 on computers. That’s x6 the price. Crazy.

So… let’s take a look at what’s going on here and what you can do to mitigate it. 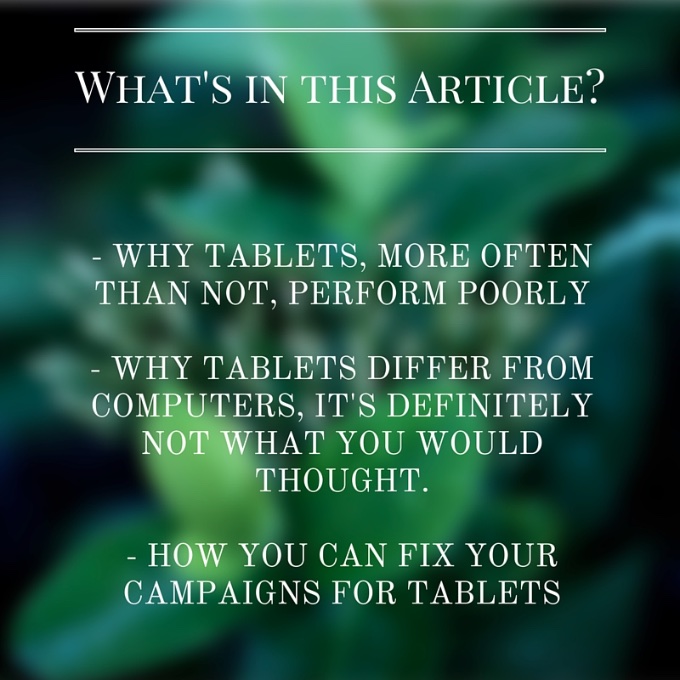 Because we’ve studied thousands of searches on countless accounts we’ve spotted both the flaw, a flaw that’s likely costing you a fortune. Fortunately we have also identified the solution, a solution that will solve the problem forever.

But it’s not a quick fix or an easy patch. There is no gorgeous button to make everything instantly perfect. What we’ve discovered is a process. A process that if followed closely will breathe fresh life into your campaign and at the same time save you a small fortune.

So your page looks neat on tablets and clearly your site is compatible with all the main tablets browsers. Why then the crazy CPC difference?

Simple. It’s because your Google Adwords campaign is broken. Not your page. Your campaign.

We’ll talk about broken campaigns and the implications of our discoveries in a minute. First though it’s important to take a close look at targeting options.

As well as exact match terms most marketers will also use phrase and broad match keywords. And it’s these phrases and broad match terms that are at the root of the problem; searchers applying thousands of ‘topical’ terms often searching with a completely different intent to that of your targeted audience.

Let’s suppose you are a ‘magento developer‘ and you want enquires from people interested in undertaking Magento development projects. Surely it makes sense to use the search term “magento developer”? A phrase match keyword that covers all the possible searches?

Why tablets differ from computers? It’s definitely not what you would thought.

Sure Google does a fair good job of automatically filtering out irrelevant queries on computers. But on mobile? On tablet? It’s not good news.

Fail to add ‘guide‘ as a negative keyword and you’ll be safe when somebody searches ‘magento developer guide‘ on a computer. The same person using a tablet. BANG – up go your ads.

It’s true. We’ve proved it. Yes it sounds crazy, but test it for yourself if you don’t believe us.

Here are our results.

Google Chrome incognito mode on both a computer and tablet using the very same IP address.

No ads on the top on Computers for ‘magento developer guide’. 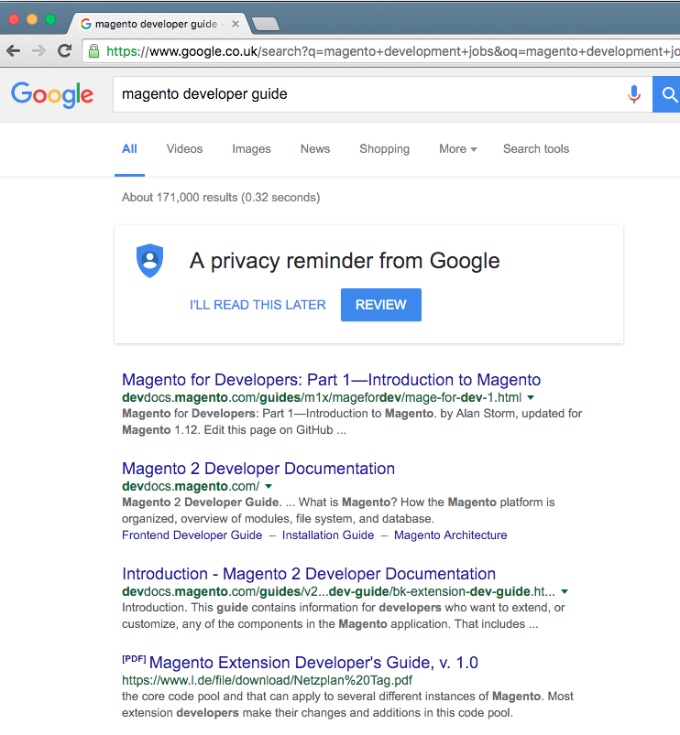 Four(!!!) ads on the top for the very same query on Tablets. 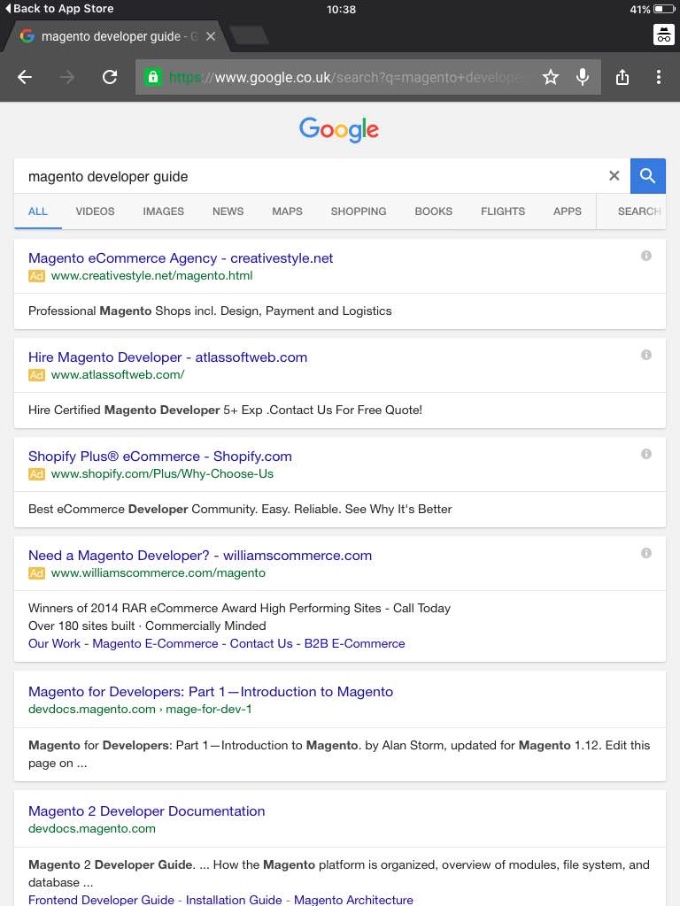 No ads on the top on Computers for “server hosting minecraft” 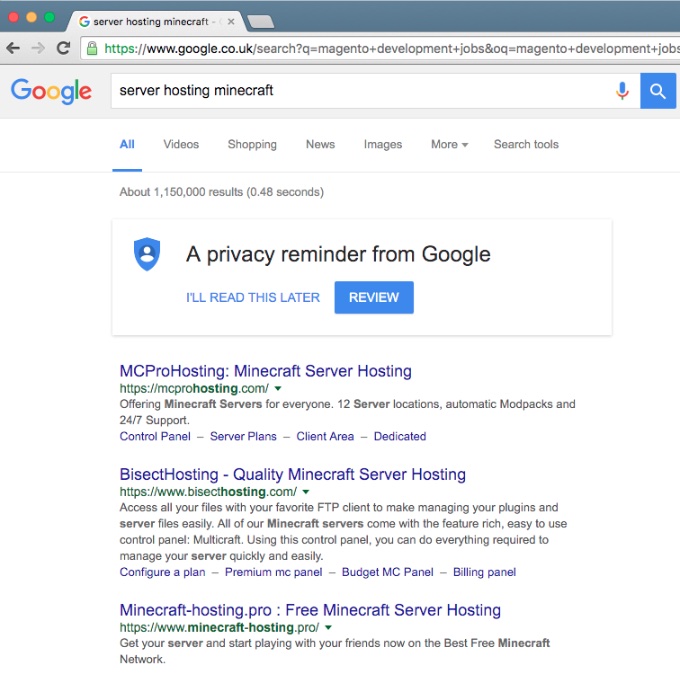 Two(!!!) ads on the top for the same query on tablets. 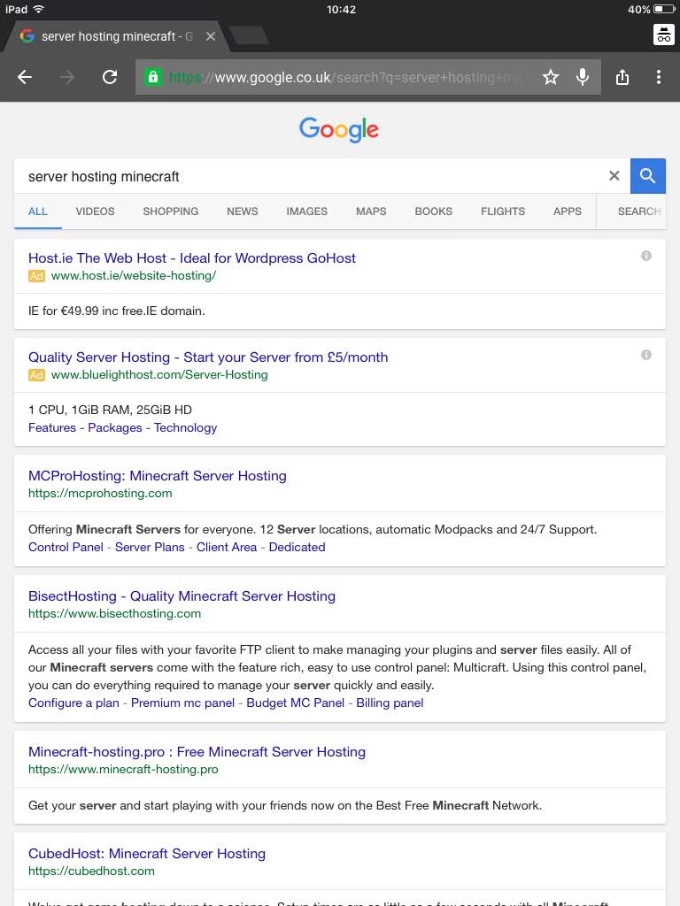 One relevant ad on the top for ‘washing machine diy repair’ on computers. 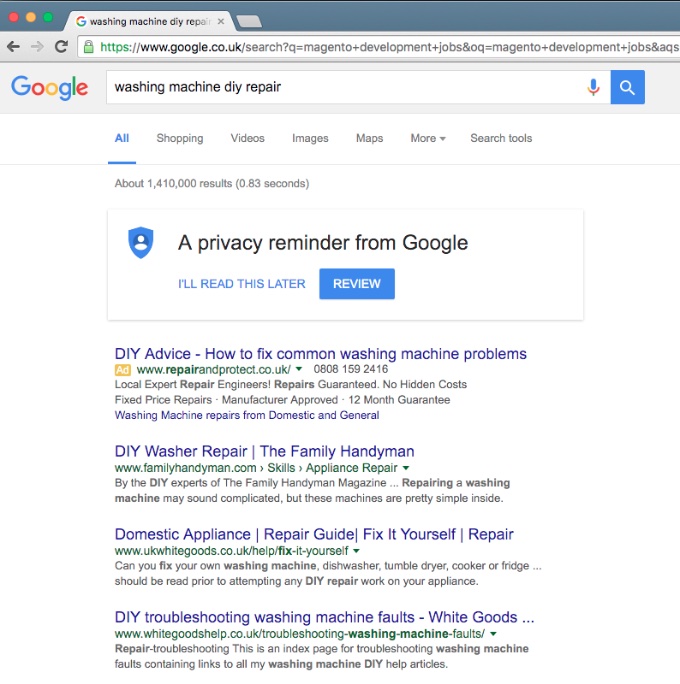 One relevant and one irrelevant ad on the top for tablets. 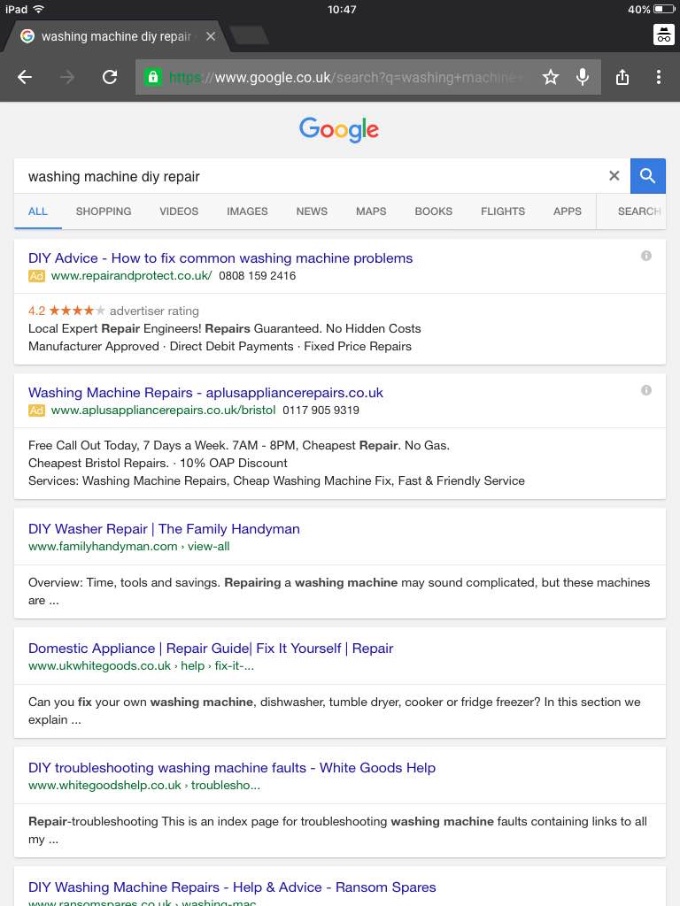 So that’s why your campaigns will underperform perform on tablets – because they are more vulnerable to inappropriate settings.

Those settings meaning that on tablets Google is much more likely run your ads for irrelevant queries than on computers.

Or put another way…

Campaigns with too broad settings will fall on tablets.

How to fix your campaigns.

As we said earlier – there is no quick fix. No gorgeous button. And don’t expect Google to filter out those expensive, irrelevant queries. They won’t.

Turn up to the fight with all three and you will win.

If you or your campaign manager falters on any, then you’ve lost before you’ve begun. It’s a simple as that.

But of course, you don’t have to lose.

You could also drop us an email info@optimumclick.co.uk  and we’ll make sure you never waste another penny paying over the odds on tablet clicks.

Ready to get started on your PPC project?
Get in touch